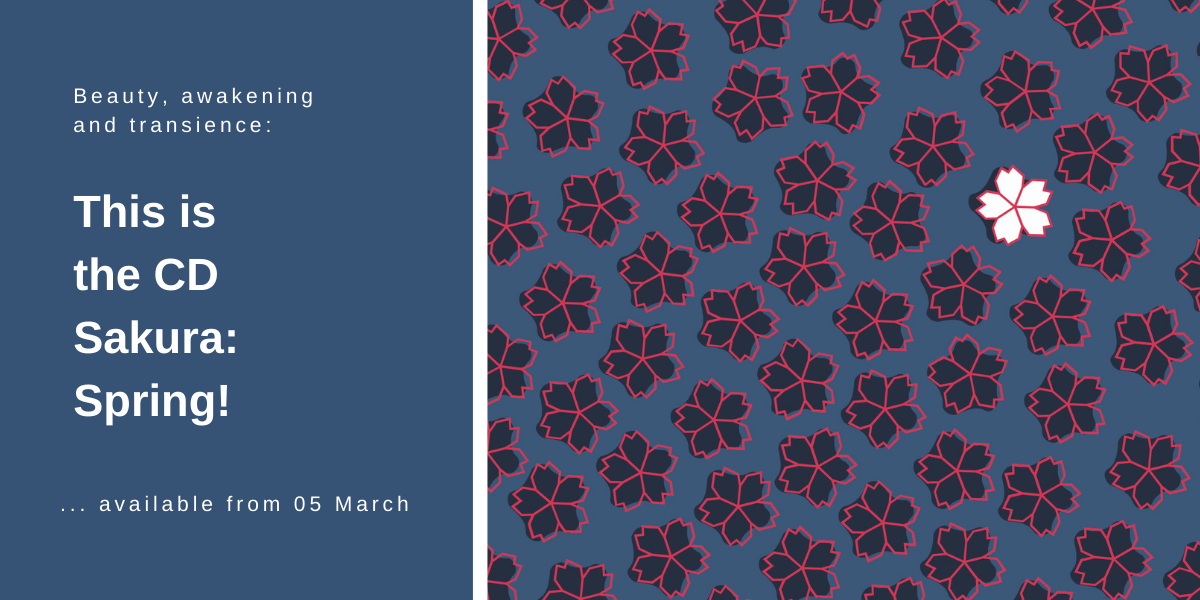 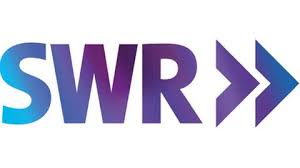 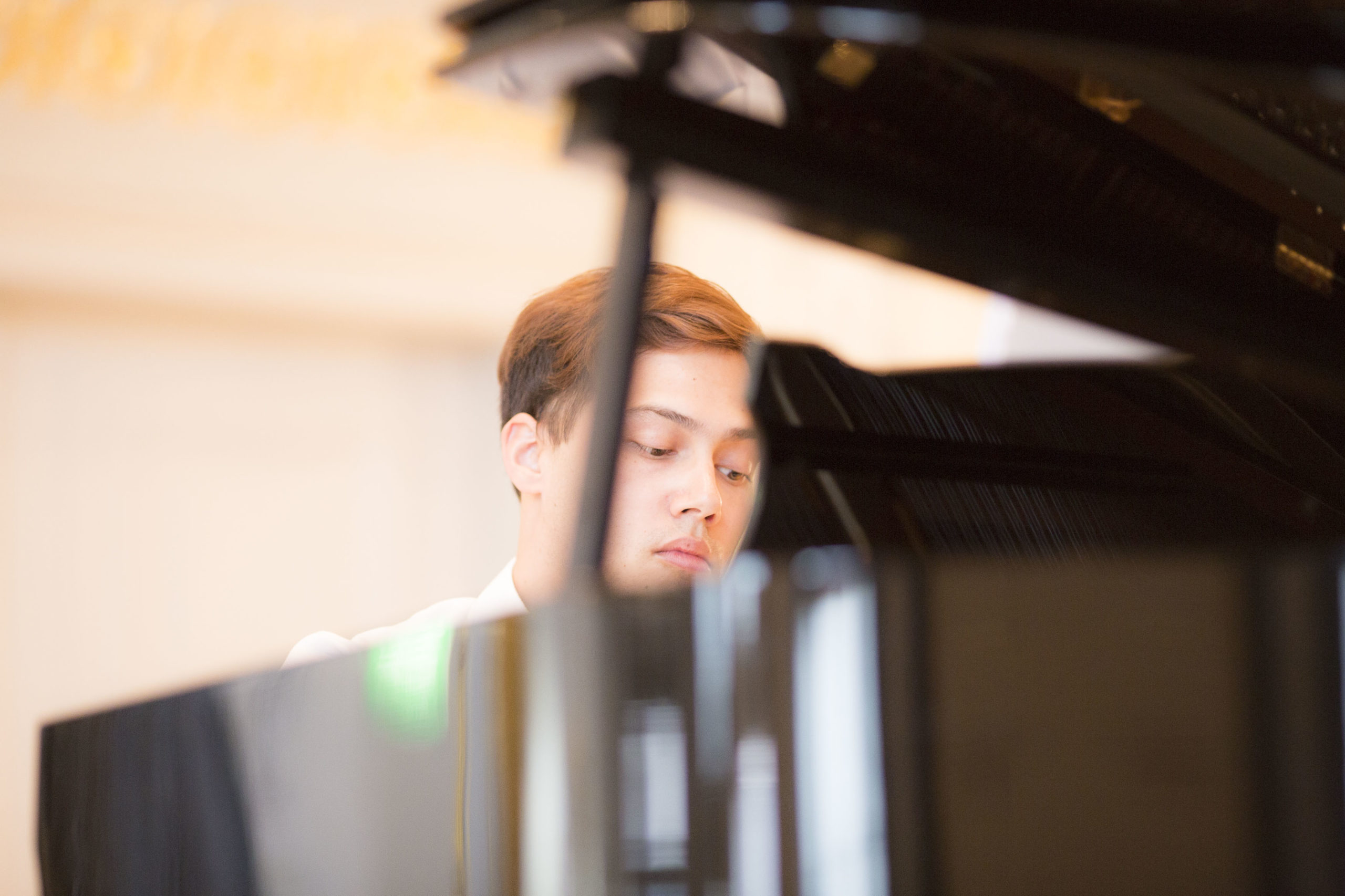 „ … A LIGHT-HEARTED AND CURIOUS APPROACH TO EACH AND EVERY MOVEMENT.“

Classical music and experimentation are her consuming passions.

Malwina Sosnowski has performed as a soloist at the Berliner Philharmonie, the Zurich Tonhalle and the Shanghai Opera House, and has played on board the Concertgebouw Orchestra’s Classic Express concert bus, with dancers at the Festspielhaus Hellerau and Pierre Boulez’s “Anthemes 2” with large-scale live electronics.

At the age of 18, she toured China with the Sinfonieorchester Basel as a Soloist. Her chamber music highlights include concerts at the Menuhin Festival Gstaad (Série Jeunes étoiles), the Verbier Festival as a fellow of its academy, and a live concert at the Festival de Radio France Montpellier. She has performed with members of the Vogler Quartett, Louis Schwizgebel-Wang, Nicholas Altstaedt, Benjamin Schmid, Linus Roth, and is a well-received guest soloist with the Zurich Chamber Orchestra, the German Chamber Orchestra of Berlin, with youth orchestras
and the Georgisches Kammerorchester Ingolstadt.

She completed her studies at the Curtis Institute in Philadelphia and distinguished herself in the class of the Austrian soloist Benjamin Schmid; an assistantship followed at the University of the Arts Bern. Ana Chumachenco, Graziella Contratto, Hillary Hahn, Rainer Schmidt, András Schiff and Krzysztof Penderecki have given her further artistic inspiration.

Malwina Sosnowski experiments with different art forms; the  synthesis of these with music in its more traditional guise is a challenge she particularly
enjoys.

Benyamin Nuss was born in Bergisch-Gladbach in 1989. At the early age of six, he began taking piano lessons from Viktor Langemann. He was inspired and encouraged by his father, the trombonist Ludwig Nuss and his brother Hubert, both internationally renowned jazz musicians and composers.

In this way, Benyamin Nuss not only grew up surrounded by music of different genres, both classical and jazz music became his passion. At the age of ten, inspired by Doctor gradus ad parnassum from Debussy’s Children’s Corner, he began to concentrate on the composer’s music, and soon afterwards
on the work of Maurice Ravel. In 2006, Benyamin Nuss became a junior student at the Hochschule für Musik und Tanz Köln under Ilja Scheps and completed his studies with honors in 2016. Additionally, he has been inspired by Dimitri Bashkirov, Stanislav Bunin, Ragna Schirmer and Anatol Ugorski.

In 2010 and 2012, Benyamin Nuss released two solo albums and entered the classical music charts with his first CD.

In 2019 he won the Opus Klassik together with Konstantin Reinfeld for the CD Debut. In addition to his work as a classical pianist, Benyamin Nuss is a sought-after jazz musician.

With its unique music, the album “Sakura: Spring!” echos the Japanese and European spring.

The Japanese cherry blossom (jap. 桜 sakura) is one of the most important symbols of Japanese culture. The blossoming of the cherry trees is a high point in the Japanese calendar and marks the beginning of spring.

Spring electrifies us, it arouses our senses, makes us euphoric – most of all in March when we feel as though we cannot bear one more cold, wet day. It is no surprise that humans long for spring every year. In fact, it happens all over the world. “Sakura: Spring!” captures the ambivalent beauty between transience and a new beginning. This broad spectrum is shown in the works that Malwina Sosnowski and Benyamin Nuss have compiled. The perspective alternates between Japan and Europe: the rapturous gestures and the blossoming melodies of Ludwig van Beethoven’s Spring Sonata are paired with Japanese and French repertoire. Their musical perspective, however, goes far beyond sunshine and pink cherry blossoms: Benyamin Nuss’ Elegy for Fukushima and Masashi Hamauzu’s Four pieces for violin and piano around Sakura make political statements. Both pieces relate to Japan and are juxtaposed with works by the French composers Lili Boulanger and Germaine Tailleferre.
(From the booklet. All texts by Judith Schorr)

What talent was lost when Lili Boulanger died in 1918 at the age of 24! Because she suffered from Crohn’s disease and chronic pneumonia, she spent a large part of her short life in seclusion, often in sanatoria in order to treat the recurring flare-ups of her illness. When her health permitted it, Lili Boulanger sporadically accompanied her sister Nadia to the Paris conservatory. Despite her adverse circumstances, she was the first woman to win the prestigious Prix de Rome in 1913 and studied at the Vila Medici for a year. D’un matin de Printemps is the last work she wrote before she died. Although originally composed for violin and piano, there are also arrangements for a violin, cello and piano trio as well as one for flute and piano. In January of 1918, Lili Boulanger additionally orchestrated the work. In contrast to the pessimistic mood of many of her pieces, the “Spring Morning” is characterized by a light-hearted one – even if it appears to be extremely fragile. The Belgian musicologist Harry Halbreich described it as follows: “D’un matin de Printemps is by and large a scherzo initially zestful, and airily and transparently orchestrated, but containing at its center a colossal descent revealing the pain that underlies the outward composure.”
A large number of the 64 works that Boulanger composed remains unpublished, unfinished, forgotten or only exists as sketches. Current concert program planning and CD recordings assign little importance to Lili Boulanger’s works; her instrumental work in particular is hardly represented. It is therefore all the more gratifying that her exquisite D’un martin de Printemps is the opening piece on this CD.

In his first few years in Vienna, approximately from 1792 to 1802, Ludwig van Beethoven made the classical style his own: he practically inhaled the works of Joseph Haydn and Wolfgang Amadeus Mozart and tried to surpass them. In doing so, he did not imitate his role models, but developed his own distinct characteristics. His unmistakable, revolutionary sounds, reverberated from Vienna across the world and shaped the future of music. Not only his symphonies, such as Eroica, would have shocked the audiences of his time: emotional, and uninhibitedly passionate, impetuous and entreating, Beethoven’s language broke with aesthetic tradition. The euphoric melodiousness of the Violin Sonata in F Major, Op. 24 is unexpected. From the first harmonious entry of the violin and piano, the music enfolds the listener in an irresistible sweetness. The epithet, Spring Sonata, which was added later, refers precisely to this phenomenon.

With his Elegy for Fukushima, Benyamin Nuss composed a hymn revealing his close association with Japan. The catchy melody reflects childhood memories which accompanied his interest in Japanese comics and video games. After his first visit to Tokyo in 2010, Benyamin Nuss was overwhelmed by this perfectly functioning metropolis. The culture, the food and also the discipline and politeness of the people made a lasting impression on him. He left Tokyo determined to return. He was deeply shocked by the Tōhoku earthquake, an event which also drew the Fukushima nuclear catastrophe in its wake, the latter approaching its tenth anniversary on the 11th of March, 2021. Benyamin Nuss originally wanted to dedicate his piece to Masashi Hamauzu, whom he greatly admires. “Since this piece already expressed my love for Japan and was as yet without a title, I renamed it Elegy for Fukushima,” stated the composer.

With the support of her mother but against the will of her father, Germaine Tailleferre secretly began to study at the Conservatoire de Paris. With the founding of the composers’ group “Les Six”, whose members also included Louis Durey, Francis Poulenc, Georges Auric, Darius Milhaud and André Jolivet, she became instantly famous. Her wide-ranging oeuvre contains almost 300 works and includes film music, symphonies and stage works. Her compositions are buoyant and lighthearted. In a radio interview in 1976, Tailleferre summed up her work in the “Groupe des Six” as follows: “We wanted joyful music that sparkled.” Early on, she showed a fondness for music of the 17th and 18th century; however, she also admired Stravinsky and Ravel to both of whom she was a close friend. Neoclassical influences are clearly audible in her Sonata Nr. 1. Similar to Lili Boulanger’s work, Germaine Tailleferre’s compositions play a distressingly small role in current concert and recording programs.

The Japanese composer Masashi Hamauzu is at home in many worlds both artistically and geographically. He combines different perspectives and unites seemingly contradictory elements in his compositions. Born and raised in Munich, Masashi Hamauzu completed his studies in Tokyo and subsequently began his career as a composer for the leading video game developer Square Enix. Through his collaboration on the Final Fantasy saga, amongst others, video game soundtracks achieved a new significance and enormous popularity. As a composer, he sees himself in the tradition of Debussy and Ravel. The Four Pieces for violin and piano around Sakura, written especially for this CD, were commissioned by Malwina Sosnowski and Benyamin Nuss. The pieces represent the culturally significant Japanese cherry blossom, which symbolizes not only absolute beauty, but also renewal and transience. In the spring, millions of delicate blossoms submerge Japan in a pink and white sea. There are said to be 350,000 blossoms on each tree, visible even from an airplane. During this time, nearly the entire population takes to the street to enjoy “Hanami”, the blossom celebration. Lively parties turn the parks into folk festivals. The spectacle lasts only a few days since no more than a brief rain shower is enough to make the blossoms fall like snowflakes. It is little wonder that the symbolic “Sakura” in Japan is an allegory for the meaning of life. Masashi Hamauzu expands on these thoughts: “The cherry blossom time is short, the blossoms fall almost at once. This aesthetic even influenced a special attack unit in the military: There was a weapon called the “Ouka” (Flower of Sakura). The soldiers, who climbed into a rocket to be launched at the enemy, were also given this name.” It is therefore not surprising that the term “Sakura” has not only positive connotations for the politically-minded Masashi Hamauzu. For him, the cherry blossom is an ambivalent symbol, but above all one that is used as a synonym for Japan, spring, and the joy of life. 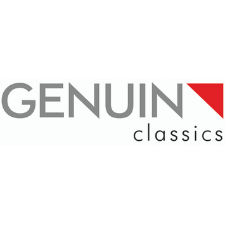 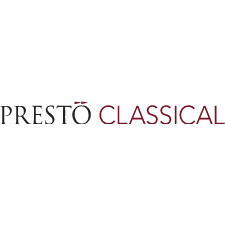 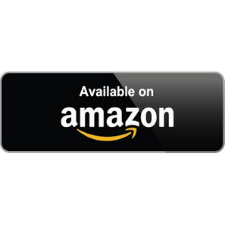 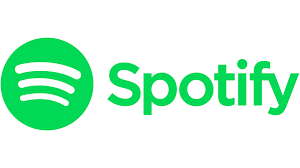 Malwina's and Benyamin's music should reach more people - Support now and get CD or download link!

"The year 2020 was an exceptional year for all artists. And yet it goes on! Because despite all the hardships we want to realize ideas for great music. I want to bring music to the people (corona compliant). That's why we depend on donations. Everything goes to Benyamin and me. As a thank you, you are welcome to receive a signed CD or download codes. I look forward to hearing from you!"